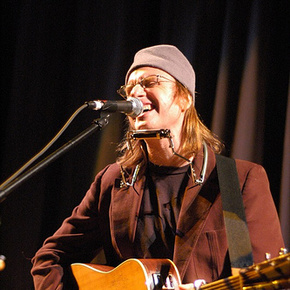 Hello. My name is Matt Keating and I am writing this to tell you about my fourth record “Killjoy” as well as give you a little bit of history about me. My other releases are: my first two albums, “Tell It To Yourself” and “Scaryarea,” in 1993 and ’94, and an e.p. of loose ends, called “Candy Valentine,” earlier this year.

I started playing piano and guitar at quite a young age. To support myself, I played piano in an old Boston Mafia club (really!) and linked up with several rock bands . One of them was an outfit called Circle Sky. We broke up in 1989 and I then proceeded to become a solo singer-songwriter, performing on various street corners, subway platforms and whatever open mikes I could find.

Of all my records, “Killjoy” was the smoothest one to make. It was a very organic process. On my first two albums, I looked for outside help, but this time I decided to cover as many of the responsibilities myself as I could. It made me focus more closely on my songs. 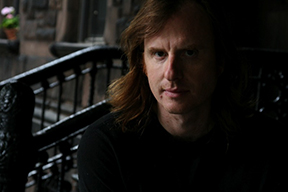 My music is an expression of my feelings and ideas, so the songs on this record reflect that. There is one about David Duke and right-wingers in general called “While We Fiddle.” There is a song about how TV erodes relationships called “You And Me And This TV”. (I’m beginning to sound like that Unabomer guy!)

A couple of the songs on my album are about my girlfriend, especially “Emily”. “The L Word” is about a nervous breakdown with a hidden unconscious reference to psychoactive drugs. “Window Booth” is about a 30 year old being stuck in a 13-year old kid’s broken-hearted body. My favorite tracks, “Killjoy” and “The Fruit You Can’t Eat,” are pretty much further variations on those themes.

Give it a listen. Then give it another and decide for yourself. Or, wait for me to show up in your town in a mini-van to shove it down your throat!

For additional information on Matt Keating please visit the links below: